This November, Fordham Road will be releasing their self-titled debut album. Fordham Road was conceptualized when the band formed in January 2016, and it tells the story of how four individual artists became united in a single musical vision. On the album you’ll hear several styles of music influencing the progressive rock sound that has become what Fordham Road is today.

This will be Fordham Road’s second release of 2017, coming on the heels of The Gates of Heaven EP that was released in February. The new full-length album will feature one previously released single (“New Love in New Places”) along with nine newly recorded tracks, some of which will be recognized by fans of their impressive live show.

Physical Copies will be released on November 19th at Fordham Road’s album release show. It will be made available on all digital platforms on November 20th. The Album release show will be at The Midway Cafe in Jamaica Plain, Boston, MA. Tickets are only $5 and the show runs from 4-8pm. Tenfold Path,    Robinwood, and Amanda McCarthy will be performing at this show as well.

Make sure to check out Fordham Road on Facebook and Instagram to keep updated on events leading up to the album release. Fordham Road would like to thank everyone who has supported them on their journey so far, and they can’t wait to share the new album with all of you! 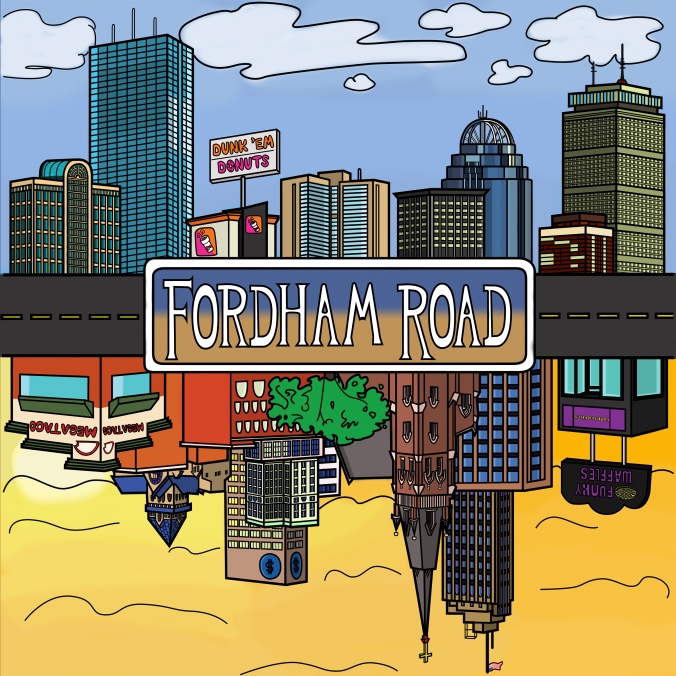 Tonight at @obrienspubboston with @slacktideofficial and @fatherblueberries !!
Brightside is now officially out on all streaming and download platforms! Shout out to @owenkorzec for helping out with the mixing and @ericsmithnh for laying down some trumpet tracks. Give it a listen and we hope to see you at the release show at @themidwaycafejp tonight!
Brightside comes out at midnight tonight everywhere! We’ll be playing the album top to bottom tomorrow night at @themidwaycafejp at 8:30. 21+ $8 cover 🌕🌖🌗🌘🌑🌒🌓🌔🌕
@mark_mccarthy_music laying down some spice that you can on ‘Brightside’ . June 14th, be on the 👀